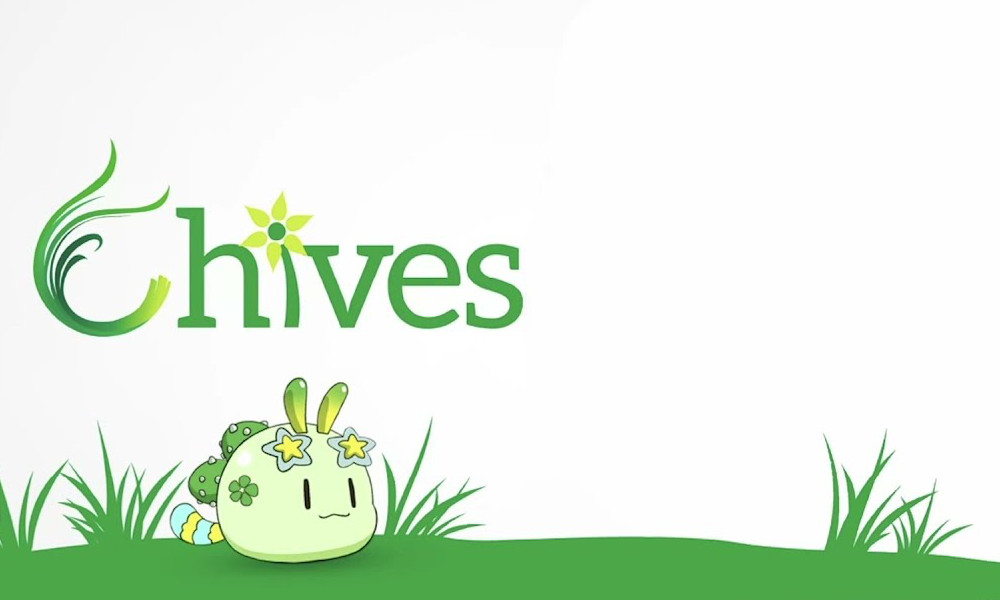 Chives is an eco-friendly decentralization blockchain based on the Proof of Space and Time (PoST). As a completely decentralized, no reservation, no ICO, and community autonomy cryptocurrency, it can create a low-power, green and environmentally friendly blockchain system.

How does it work?

Chives uses the free disk space on the hard disk for Proof-of-Space (PoSpace) consensus, along with another consensus algorithm, Proof of Time (PoTime) to verify the blockchain.
The income of Chives farmers is proportional to the amount of allocated storage space; if you have 10 times the space, you will earn 10 times the reward.

What is a Chives Farm?

To start a Chives Farm it must be plotted, a process that requires a read and write to the allocated hard drive farm space. Once your hard disk is plotted, you may become a farmer and harvest it as long as you keep the proof generated by plotting.
The initial plot process fills the farm space with random input proofs, reads the drives through direct access to the API, and then sorts them to quickly find the proofs obtained.

What problems does Chives solve?

The official developers of Chia coin reserve 21 Millions coins for their own use, which is unfair to everyone who participates in the Chia ecosystem. The 21 Millions coins officially reserved are equivalent to the total rewards to all miners mining for a consecutive 12 years. Chives is fair with no pre-mined tokens, and distributes rewards to community contributors through community consensus.

2) Chia is dominated by the large-scale mining pools.

In order to prevent the participation of large mining pools from causing too low returns for retail investors, Chives refers to Dash’s governance model: citing the concept of master nodes and community autonomy.
Anyone can become a master node by staking Chives and deploying to a public network server.
Master nodes do not participate in mining, but guarantee the diversity and health of the network, and for their contribution the master nodes will receive 45% of the block rewards.
Anyone can become a master node, which provides another channel for people to participate in community projects and receive rewards.

Currently in Chia’s model, only two groups can obtain block rewards: The official team who owns Chia by reserving 21 million coins, and miners who must buy a lot of equipment and participate in mining to earn income.
All those who have done publicity and promotion for Chia have contributed, but will not receive any of the block rewards. This violates the spirit of community participation in fairness and openness.
Chives will allocate 10% of the block rewards to those who contribute to the community, including but not limited to: Chives project developers, document writers and translators, and various social media promoters for Chives.
The master nodes vote to determine which work will be funded, and the entire process is completely managed and operated by the community.