Modern laptops are very compact and autonomous. Before buying a MacBook, the user, at first, is concerned about the technical capabilities of the device, and only last but not least, the battery. But as practice has shown, laptop battery parameters are very important. These parameters will determine how long the laptop can be autonomous and independent of the outlet.

If it suddenly became noticeable that the autonomy of the device has decreased, most likely the battery will need to be replaced soon. In the case of a MacBook, battery capacity can be checked using coconutBattery.

Let’s move on to the problem itself.

As it turned out, in Kyiv (and throughout Ukraine) it is very difficult to buy an original battery for a MacBook of any model. Throughout the country, there are batteries on sale that are sold under the guise of the original. Even when contacting Apple equipment maintenance and repair services, under the guise of the original, they install a Chinese copy that does not pass Apple’s validation and can really kill your laptop.

Let’s start with the controller 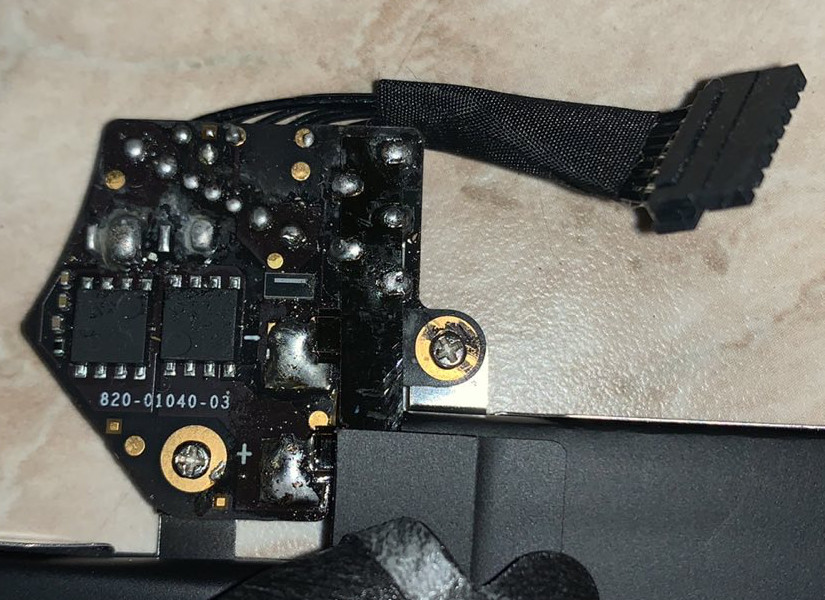 The original battery has a bq20z451 controller (for MacBook air 2018 and 2019), the battery capacity is 4379mA. The keys according to the datasheet are designed for 136A each (if I’m not mistaken). They are quite large in size and do not get very hot during operation. On the opposite side there is a microcontroller and a lot of smd details. The power cable (plug) plugs into the socket on the motherboard easily, snaps into place and does not fall out.

There is nothing to say about the battery, since it is in a protective package. Outwardly, it is almost impossible to distinguish from a fake. The difference is possible only in the manufacturer which is indicated on the central bank. 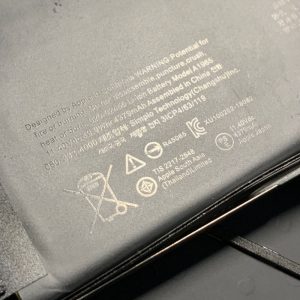 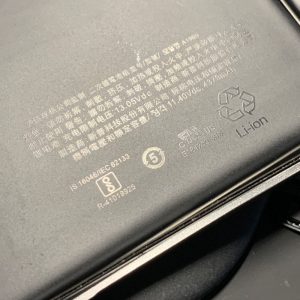 A non-original battery has an a2168 controller – a programmable analogue. This microcontroller model has been used for more than 7 years, not only for macbook, but also for most cheap copies of original batteries from different manufacturers. 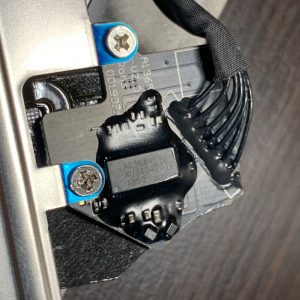 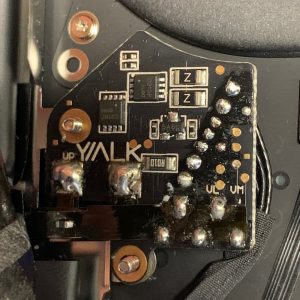 After installing such a battery, your MacBook Air may not display any battery information for the first few minutes. It will appear to be original.

After connecting to the charger and fully charging the laptop, most likely in the settings – the battery will display the following:

At first it may seem that you need to reset the SMC, and then do a couple of charges / discharges to calibrate. But a new problem appears in the form of endless charging after 100% and heating of the batteries. This is one of the reasons for the rapid swelling of the Chinese battery. 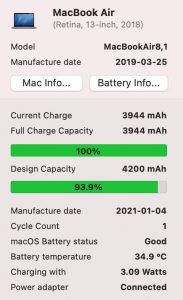 In the upper right corner of the battery, information about recommended maintenance will be displayed. 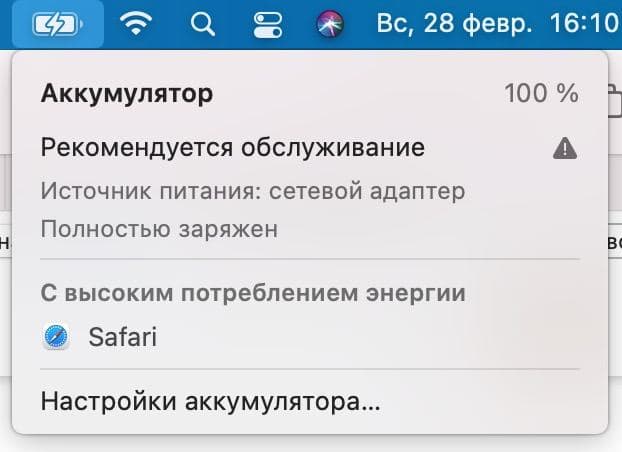 The capacity of a new battery will sag after the first charge and will decrease over time. Charging cycles by the microcontroller are not counted correctly. 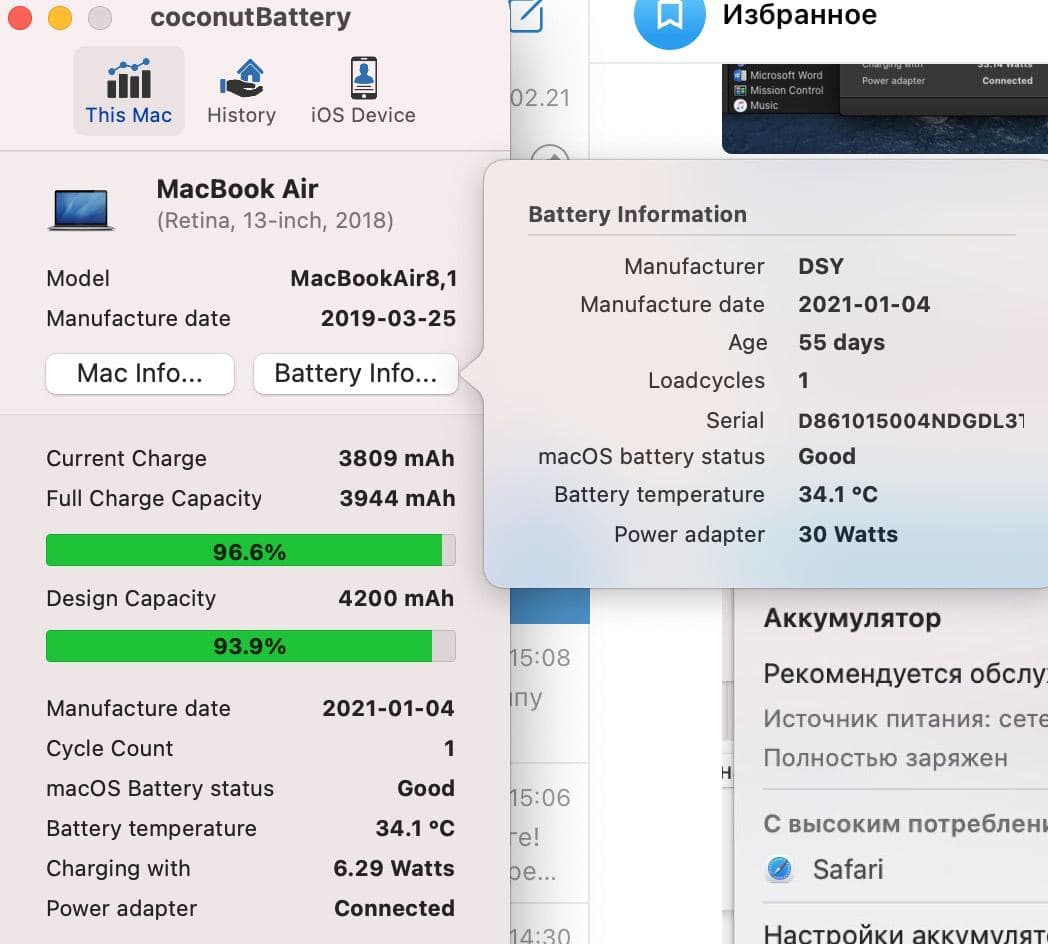 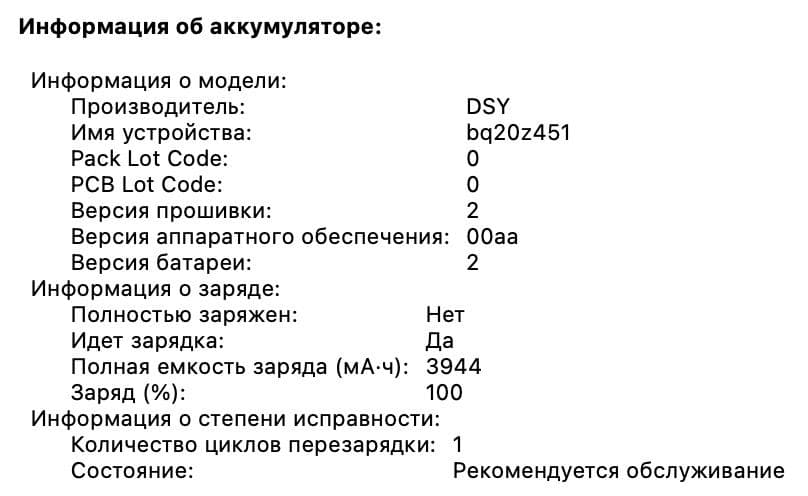